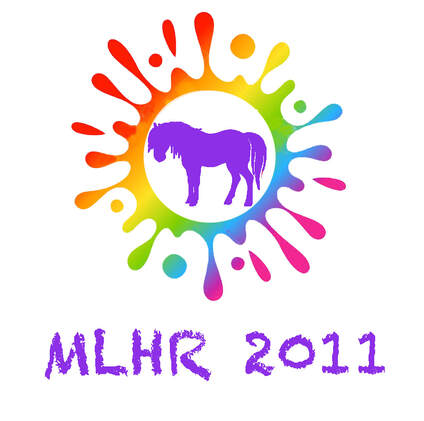 In the summer of 2011 three women, Martina Kenny, Deborah Kenny and Cathy Davey met in Memorial Park as they walked their dogs. That meeting was not only the start of a deep friendship but the beginning of a road which would lead to the saving of hundreds of animals lives and the founding of a unique charity, My Lovely Horse Rescue.

‘We were all involved in animal rescue before we met, not horses but dogs. Eventually our chats came round to horses and the terrible neglect and abuse we’d all seen around Dublin. Later that year we rescued our first two, Cherry and Blossom.’ Debs explains
With no rescue center or any land, the horses were kindly taken by a friend of theirs to her place, in a horsebox lent by another friend.
Soon word of mouth got round and people started messaging the girls about horses they saw.
Amazingly local horse owners were also soon contacting them to surrender their sick or injured horses that they didn’t want anymore.

‘It was all mad really, I mean who just decides to go rescue horses for pity's sake? They’re pretty big animals. You can’t just put them in the back seat of your car and bring them home to your garden. We should have picked rabbits!’ Martina laughs
Their first horsebox was borrowed from a friend who lived on the Malahide estuary. Cathy had a jeep with a towbar and Debs could tow the box so they were set!
‘Those first rescues were mad,’ explains Debs. ‘In many ways we didn’t really know what we were doing, it was totally a learn on the job experience. We met a lot of dodgy characters and some of the situations we put ourselves in were risky but once you’ve rescued your first horse you’ll never look back.’


Debs remembers one midnight rescue when they ran out of diesel in the middle of nowhere on the way back to return the box. She hadn’t brought her bag, Cathy only had cash. It was around 3am in the morning and the only petrol station they could find open took only cards. So in their desperation they rang the local guards, explained the situation and not long afterwards a lovely bangarda arrived with a credit card, paid for 20 euro of diesel in return for Cathy’s cash.
‘We had to rush back to Malahide then before the 5 am tide cut off the estuary. You can only drive so fast with a horsebox. We barely made it. The wheels of the jeep were spinning in the water on the way back.’

There have been so many horses since Cherry and Blossom but the success of that first rescue started everything. Cherry and Blossom are happy and loved in their new homes now and the fate of so many others has been changed because of them and the compassion of three ordinary women who chose to do a fairly out of the ordinary thing.
BACK TO
​MLHR THROUGH
THE YEARS