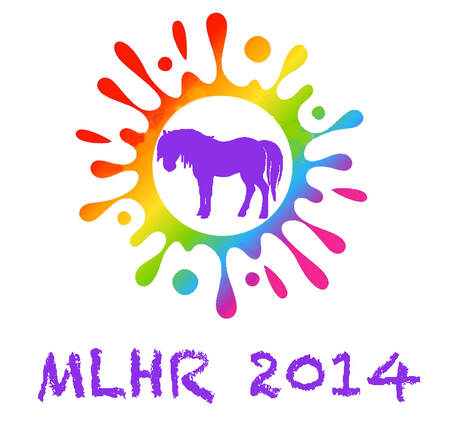 2014
Eve and Noelle
By 2014 it became clear that we needed an MLHR farm. Cathy and Neil too were looking for their own farm, somewhere they could write and record their music and where they would have space for rescued animals.

They finally found their wonderful home at the end of 2014 and had moved in by Christmas. Robin, Charles and Harry were their first horses in the paddock to the front of the house. A lot of work would still need to be done on their farm before it would be ready for all the animals they have now.

Their first Christmas was memorable for many reasons not least for the rescue that Cathy and her sister Ali had to rush to in Ballymun. A mare, Eve and her yearling foal were in trouble. Eve had tetanus, or lockjaw as its commonly called which is a life threatening infection. The tetanus toxin attacks the nerves controlling muscle movement. The muscles stiffen and spasm and cause problems for the horses moving and eating.

Eve and Noelle were rushed to the farm but Eve was too far gone and at 6am on Christmas morning the vet decided to put her to sleep. It was devastating for everyone and for her baby Noelle. They covered Eve’s body with a sheet and made sure Noelle was warm in her stable with plenty to eat. ‘Rescuing animals does not pay heed to seasons or holidays and later that day my family and friends arrived for Christmas dinner passing poor Eve as they drove up to the house . Everyone who knows me though appreciates that this is my life and that I can’t ignore an animal in need.’ Cathy
Kevin and Chris
This was the year that Kevin and Chris were rescued, two remarkable horses who were dumped like trash in a bog in Co Meath. They were discovered, along with two other horses, by Kilronan Dog Rescue who contacted MLHR immediately.

All four horses were in a bad way but the other two were in real serious trouble. They were both stuck in the bog, unable to get up, weak and exhausted with hypothermia setting in. No matter how hard we tried, we just couldn't get them up. It was devastating to watch. Some kind locals came to help too but it was no use, our vet chose in the end to put them both to sleep on site.
The remaining horses, Kevin and Chris ( called after two of the locals ) were successfully saved from the bog and both have since been adopted, Chris with our own MLHR volunteer Laura. Both horses have gone on to win competitions and are superb looking creatures. ‘It constantly amazes us that the horses we rescue are never seen for the wondrous animals they are but discarded as worthless by people who know nothing about horses and care even less about them’ Martina
BACK TO
​MLHR THROUGH
THE YEARS